Written and performed by Donal O’Kelly

Bat The Father Rabbit The Son 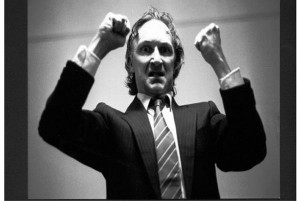 It's 1988, and haulage magnate Rabbit drags his minion Keogh on a demented quest for contentment, haunted by his deceased father, Irish Citizen Army volunteer Bat.
The struggle between father and son, past and present, imagination and reality, builds to a climax described by The Guardian as "one of the strongest dramatic conclusions I've ever seen".
"Purely brilliant" New York Post
"Wild slapstick tour de force" New York Times
"Magnificent script and performance" Scotsman. 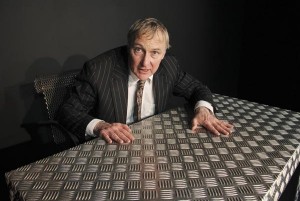 In Erris Co. Mayo, Rabbit's one-time minion Keogh has become a successful Shell executive with some sinister secrets. He's forced to reveal what he knows when he is confronted by Fionnuala of the Children of Lir in a fairy fort.  Coming face to face with his former classmate Malachy brings past crimes back to life, and gives Keogh choices he never considered before.
"Cuts a swathe through Shell/State propaganda" Hot Press
"O'Kelly  performs superbly" Sunday Independent
Post-show discussion with Lorna Siggins, author of Once Upon A Time In The West, and Risteard  O Domhnaill, director of the award-winning documentary The Pipe.