We’re back! The Town Hall and Black Box Theatres are once again open for live performances. Read our full COVID update 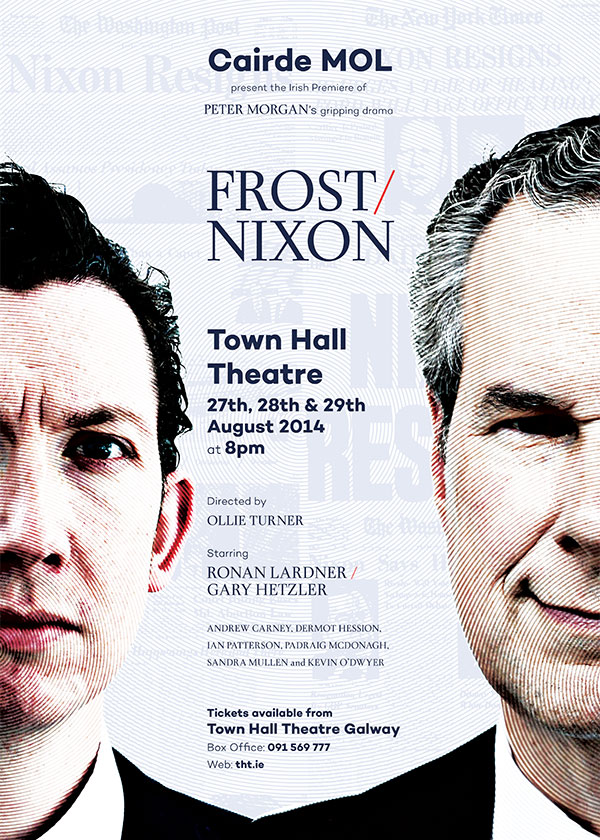 The Irish premiere of Peter Morgan’s legendary battle between Richard Nixon, the disgraced president with a legacy to save, and David Frost, a jet-setting television personality with a name to make, in the story of the historic encounter that changed both their lives.

This gripping production from Galway’s newest drama group marks the first anniversary of the death of David Frost and the fortieth anniversary of Nixon being the only US President to resign from office.