Sung in Italian with English surtitles

Irish National Opera is thrilled to present a new production of Vivaldi's Griselda, an exciting opera that was premiered in Venice in 1735. Vivaldi is one of the world's best-loved composers, celebrated for having written The Four Seasons. INO's Griselda will be the first ever production of any of his operas in Ireland. The production of Vivaldi’s Griselda opens at the Town Hall Theatre in Galway on Saturday 12 October. 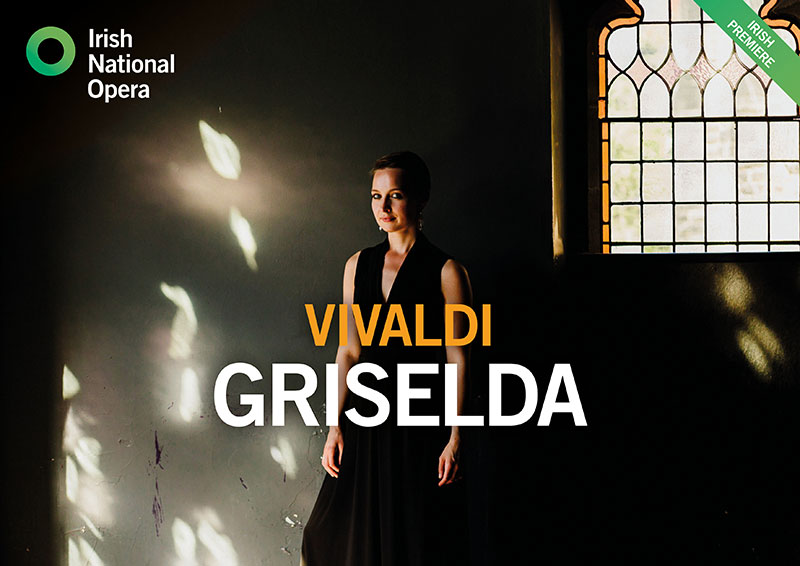 Peter Whelan, who conducts the INO production, says that Griselda is “one of Vivaldi's greatest masterpieces: feel-good music that bursts with Italianate primary colours” and that it is also surprising for “the touching, heart-on-sleeve pathos of some of the slow arias”.

The director is Tom Creed, whose last INO production, of Offenbach's The Tales of Hoffmann, is nominated for Best Opera in the 2019 Irish Times Irish Theatre Awards. He describes Griselda as “an exciting political and romantic thriller, full of passion, longing, betrayal and deceit.”

Peter Whelan is the artistic director of the acclaimed Irish Baroque Orchestra. He will conduct the period-instrument players of his own orchestra in what promises to be a riveting production of an opera that features some of the most demanding vocal music of the 18th century.