Fresh from the success of a sell-out X Factor arena tour in February, Brendan Murray’s eagerly awaited solo tour and first single have arrived! And we are delighted to announce his Irish dates include the Black Box in Galway on Sun 30 June. 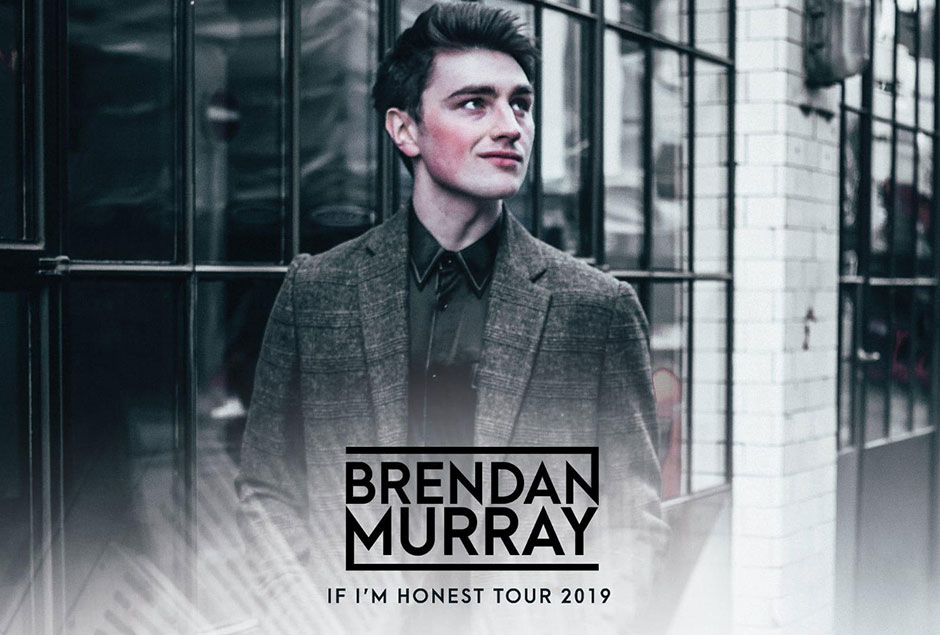 This is a full seated concert and under 14's must be accompanied by an over 18.

Tickets are priced €23*, with a Meet'n'Greet including Concert Ticket (with seats near the front) priced €35*.

Doors will open 7pm and concert including support act will commence 8pm. Details of the Meet'n'Greet arrangements will be e mailed directly to the participants.

Brendan started his career in the music industry at just sixteen with chart-topping Irish boyband “HomeTown”, managed by Louis Walsh. “HomeTown” achieved three chart hits in Ireland, including the number one singles “Where I Belong” in 2014, and “Cry for Help” in 2015. Their debut album, HomeTown, was released in November 2015 and peaked at number four in Ireland. Brendan went on to represent Ireland in the Eurovision Song Contest 2017 held in Kyiv, Ukraine. His song, “Dying to Try”, was released on 10 March 2017 to approving fans. Brendan subsequently entered Series 15 of The X Factor where he progressed to the live shows and was mentored by One Direction star Louis Tomlinson. He secured a spot in the semi-final of the series, finishing in 5th place.

Brendan is now determined to forge a successful career and launching his own music is paramount. Brendan says; “The X Factor has given me an amazing platform and I don’t want to waste this. I love music and I love singing but my goal is to have sell out concerts singing my own songs. To have my own tour is so exciting and I can’t wait for my fans to hear my music.” The show promises to be a concert for all ages with songs we grew to love from the X Factor as well as his own music.

Tickets are now on sale. The 2018 X Factor finalist's debut solo single “If I’m honest” was released on the 19th April.