The World at Arm's Length 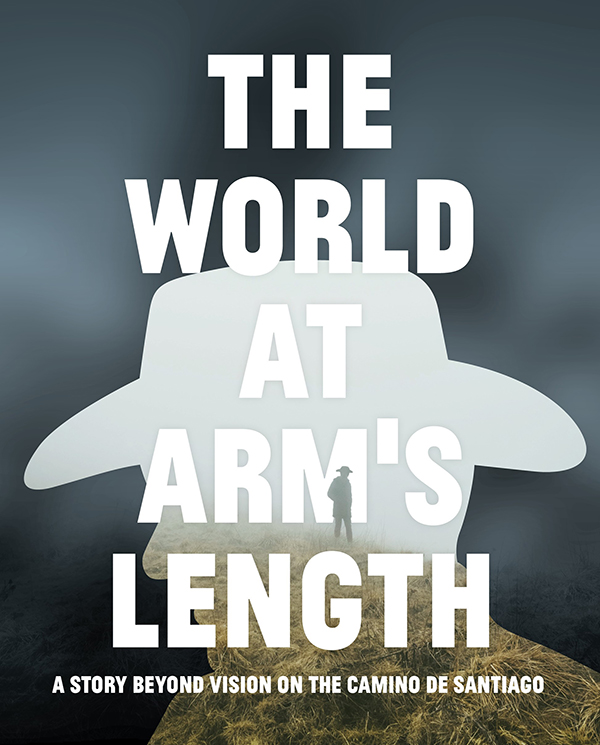 A Story Beyond Vision on the Camino De Santiago

Sven who is deaf and blind has decided to go with the help of his assistants to the 800km long Way of St. James. He wants to prove he can do it to everyone, but Sven quickly comes to his physical and psychological limits.

A bitter struggle for power, control and self-determination begins.

Sven has a dream.

He has always wanted to walk the Camino de Santiago - the Way of St. James!

However, this seems almost impossible, because Sven has Usher Syndrome, a disease in which one slowly loses his hearing and vision. He is hard of hearing and has been completely blind since 2010. He communicates verbally with a special hearing aid, but this does not distinguish sounds - they flow unfiltered to him and so it is only helpful if Sven's environment is absolutely silent.

Sven mainly communicates via tactile gestures with his hands. With this approach, you basically use your hands to form words and letters. He is always dependent on the help of his specially trained assistants. Sven has to trust his assistant completely, because although he is their "boss", he cannot assess his own situation. They are his eyes and his ears. They guide him, describe his surroundings and translate every communication with the outside world for him.

When one assistant, Almuth learns about Sven’s dream to tour the Way of St. James, she offers to accompany him on the 800-kilometer pilgrimage. Sven can hardly believe it. He immediately starts preparing for the journey of his life. For two years, he and Almuth set the stage for the trip. Seven assistants are chosen to take care of him in turns. He has already worked with some of the women, but hardly knows the rest of his crew.

April comes, and the team finally embarks on the journey. However, after a few days in strange surroundings, Sven begins to behave aggressively, and the general mood around the tour darkens. Filmmaker Susanne Bohlmann accompanies the group for six weeks through Spain and documents the frustrating fights between Sven and his minders. They want to help, but Sven attacks and pushes them back. His disability conspires with dark memories from the past, and this only compounds the gravity of the situation.

Sven's physical condition is deteriorating. His knees can no longer withstand the unfamiliar terrain. He has to go to the hospital and is unable to walk for several days. He feels more and more imprisoned and isolated. The Way of St. James soon fades into an unfulfilled dream, and every glimmer of hope starts to fade.

Eventually, Sven’s assistants give up and decide to go home in defeat.

This movie might not be the encapsulation of the hero stories seen in Hollywood blockbusters, but it is a gripping tale that takes us into the dark world of the deaf-blind. It captures the human desire for freedom and self-determination as well as a deep craving for personal fulfilment.