Following the Government directive, the Town Hall Theatre Box Office is closed until Easter Sunday 12 April. Refunds for cancelled shows and transfers to rescheduled events will recommence after that date. Any urgent queries should be emailed to tht@galwaycity.ie Stay safe and look out for family and friends.

It’s back! Due to phenomenal public demand! 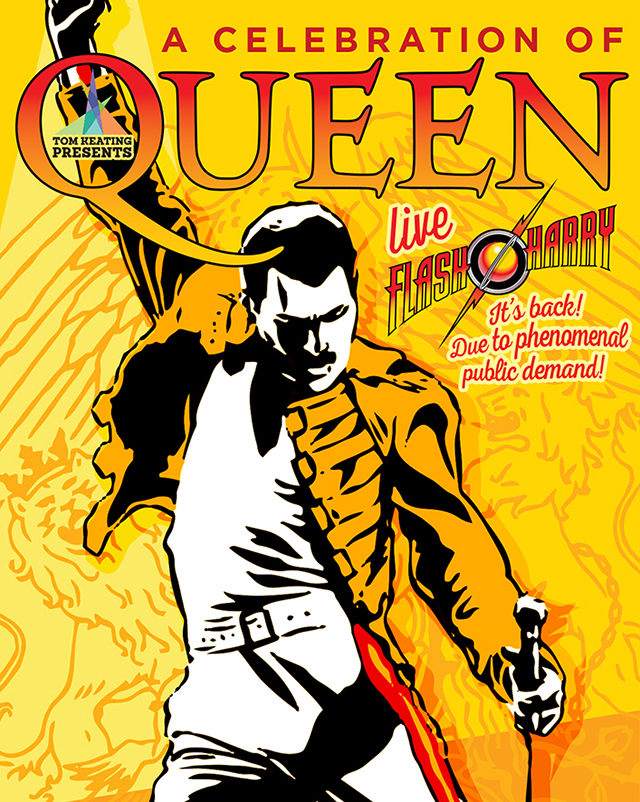 Delivering a show that embraces live music in its purest essence, Flash Harry A Celebration of Queen oozes with talent, energy, passion and of course the pure showmanship that we associate with one of the most exuberant front men of all time, Freddie Mercury.

Audiences have been enthralled by Flash Harry's searing take on some of rock’s greatest ever anthems - from 'Radio Gaga' to 'We Are The Champions', 'Bohemian Rhapsody' to 'We Will Rock You' and everything in between. Quite simply it’s live music entertainment at its best.