A Druid and Gate co-production

The world premiere of 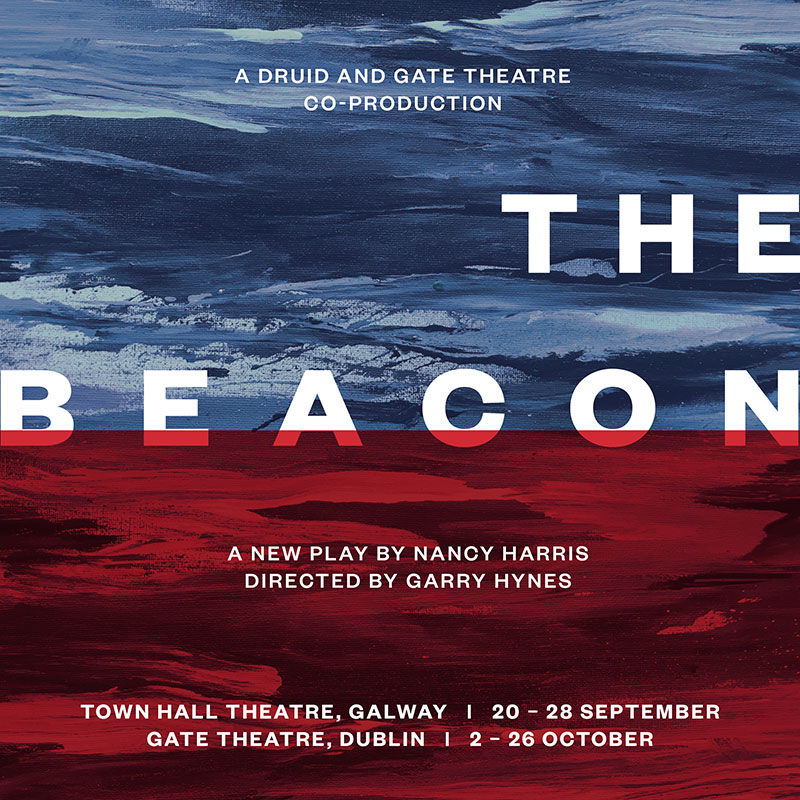 a new play by

A mysterious accident. A dead husband. People are talking. Secrets are resurfacing from the depths. Is the past ever truly dead?’

Continuing their year of new writing, Druid presents the world premiere of The Beacon, a new play by Nancy Harris, in a co-production with the Gate Theatre, Dublin.

Directed by Garry Hynes, this marks Nancy Harris’s Druid debut and her welcome return to the Gate Theatre stage after her adaptation of The Red Shoes in 2017. Commissioned by Druid in 2016, The Beacon will premiere at the Town Hall Theatre, Galway before transferring for a 4 week run to the Gate Theatre as part of Dublin Theatre Festival 2019.

‘We were delighted when Nancy accepted Druid’s offer of commission and thrilled when we first read The Beacon last year. She is a fiercely talented writer and it’s a particular pleasure to be continuing our year of new writing with this compelling and ambitious play’ says Druid Artistic Director, Garry Hynes. ‘In co-production with our partner the Gate Theatre and with a fine company of actors led by Jane Brennan, we look forward to bringing The Beacon to audiences in Galway and Dublin for DTF.’

‘When Garry sent me the script of The Beacon I knew instinctively it was a play the Gate should be co-producing with Druid, as Nancy has her own distinctive voice and vision as an artist.’ said Selina Cartmell, Artistic Director of the Gate. ‘It is a great piece of new writing and we are very excited to have Nancy back at the Gate, as we partner with Druid for the first time.’