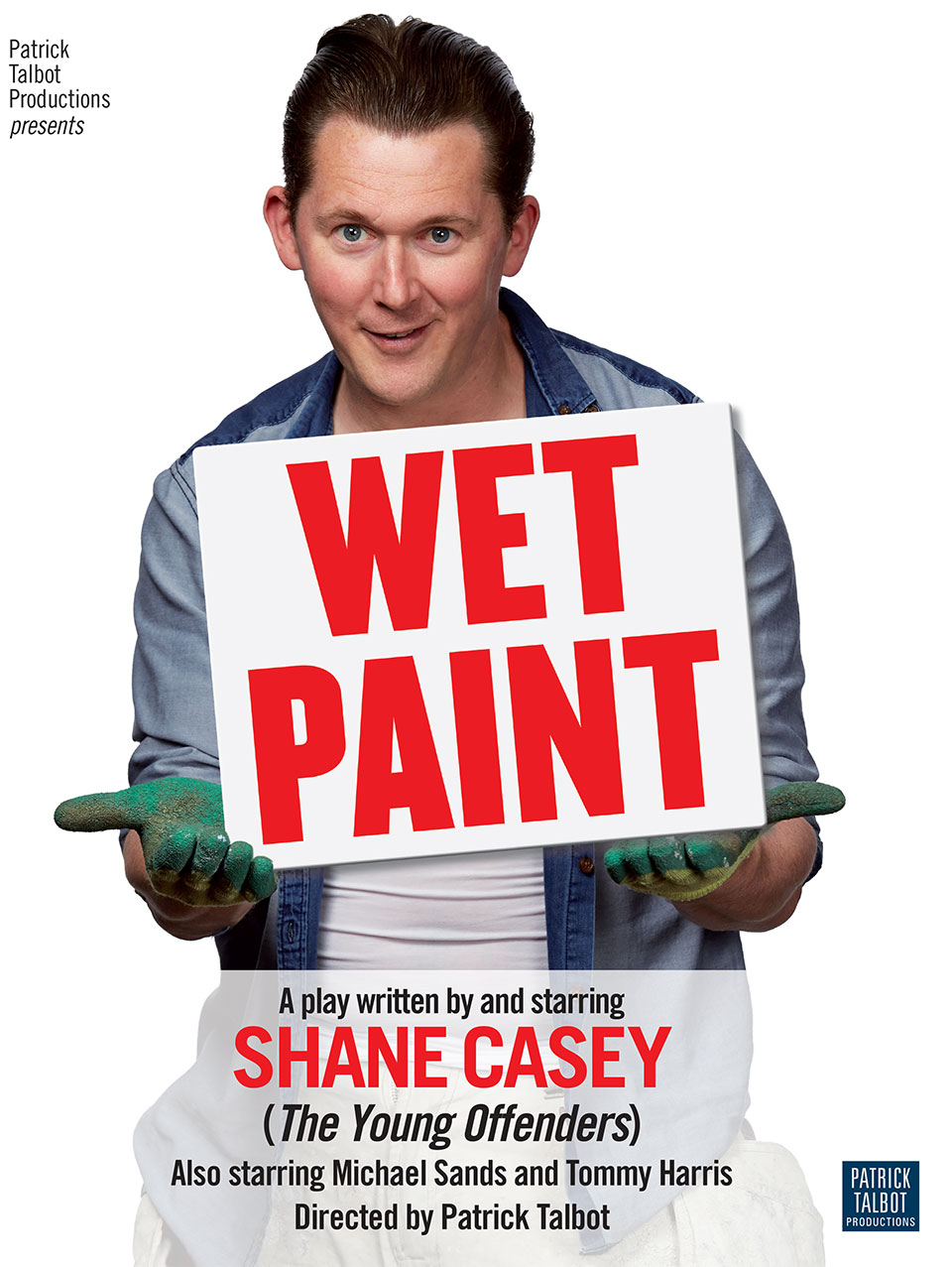 A play written by and featuring

Fresh from his acclaimed performance as Billy Murphy in the TV series The Young Offenders and the feature film of the same name which preceded it, Shane Casey returns to the stage in the 2019 national tour of WET PAINT, a play he has also wrote.

It’s 2005-the country is booming-Jambons are at an alltime high at €2. That blind opera singer guy is coming to Ireland for a special concert in Cork and tickets are impossible to find. Tony has a fresh tan from the Canaries; Pa is wondering how Liverpool will get on in the Champion’s League and Barry’s got a secret.

Inspired by his time as a painter decorator himself, Shane Casey’s very funny play depicts a day-in-the-life of two painter/decorators and their boss during the Celtic Tiger era, when anything was possible-at least inside your head.