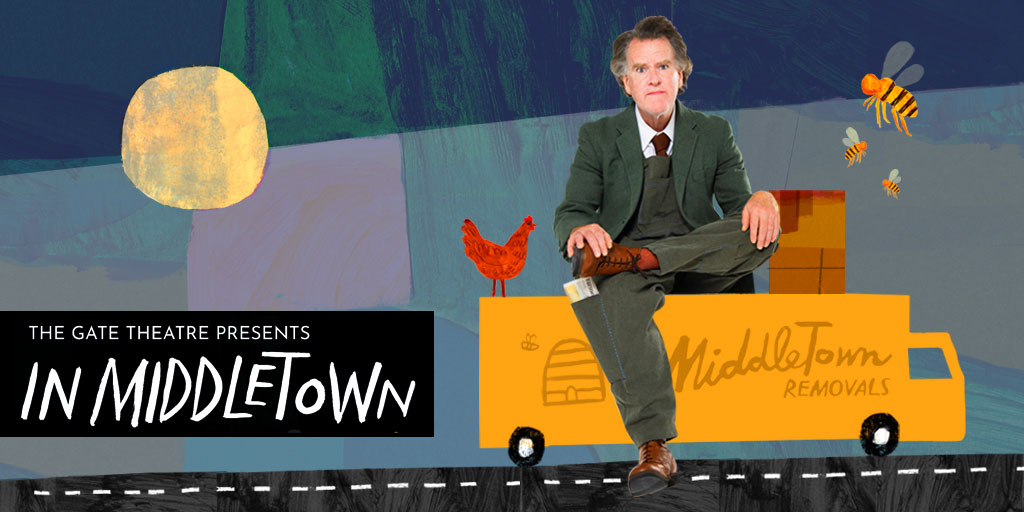 ‘In Middletown there was a lot to do. There was bustle everywhere and plenty of distractions…

Our Man though, was looking for something simpler. He craved a quiet life. And so, that's what he made, the day he moved his life into his truck.’

In MiddleTown is a remarkable new solo show, commissioned and produced by the Gate Theatre and written and performed by Irish Times Theatre Award winner Mikel Murfi.

Performed outdoors on the back of a specially adapted truck, and to strictly limited audiences, it will tour towns and communities across the island of Ireland this summer.

One day, instead of helping a neighbour move, he drives to his own house, packs up his 'life' onto the back of his truck, pulls the door behind him and never goes back.

The truck becomes his world, turning into places he thought he would never see or visit. He is a man moving on, neither here nor there, to both everywhere and nowhere.

In MiddleTown is a brilliantly imaginative, gentle reflection on 'living in the middle', and the search for solitude, simplicity, and the things that make us truly happy. It's a magical, timely, and heartfelt piece for the times we live in.

This summer, find yourself In MiddleTown.

Mikel Murfi’s critically acclaimed shows include The Man in The Woman’s Shoes and I Hear You and Rejoice. In MiddleTown features set and costume design by Sabine Dargent, lighting design by Sinéad Wallace and sound design by Sandra O’Mahony.

Performed outdoors, on the back of a specially adapted truck, for socially-distanced & seated audience