Flash Harry A Celebration of Queen LIVE returns to Galway in 2022 . Delivering a show that embraces live music in its purest essence, it oozes with talent, energy, enthusiasm, passion and of course the pure showmanship that we associate with one of the most exuberant frontmen of all time, Freddie Mercury. 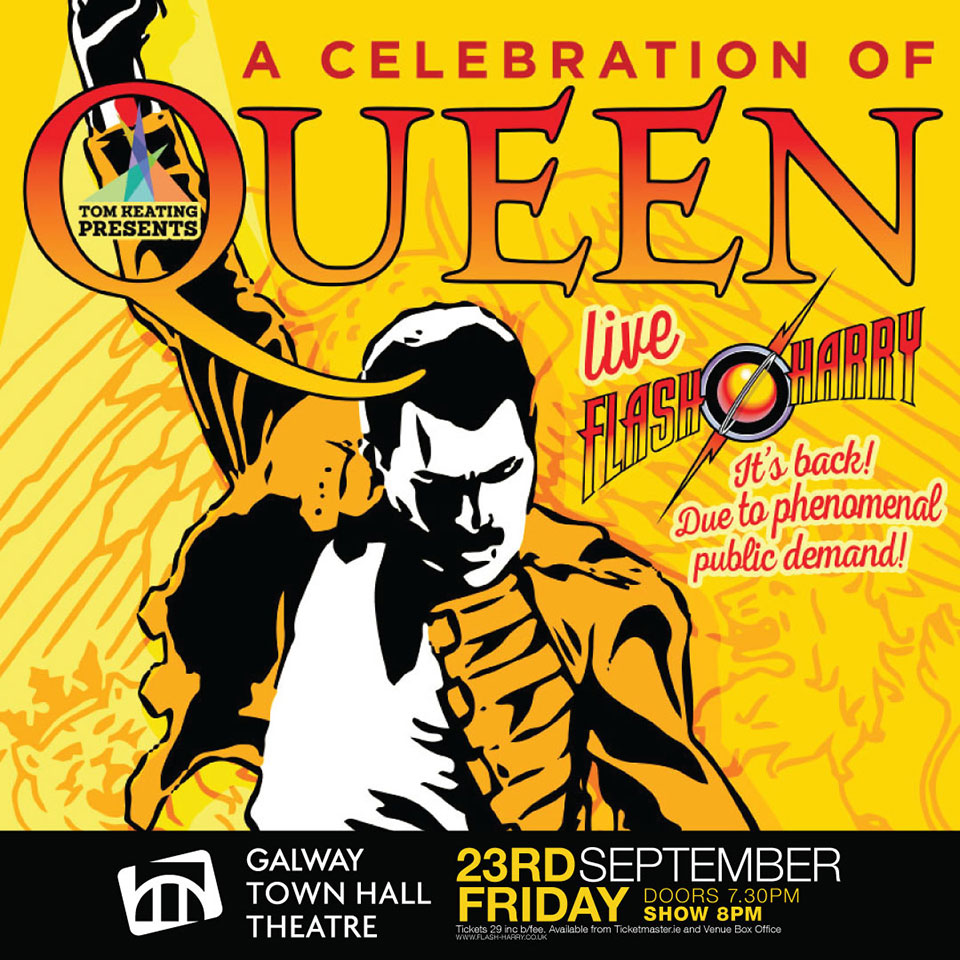 Audiences have been enthralled by Flash Harry's searing take on some of rocks greatest ever anthems, from 'Radio Gaga' to 'We Are The Champions', 'Bohemian Rhapsody' to 'We Will Rock You' and everything in between. Quite simply it’s live music entertainment at its best.