The Unauthorised Harry Experience - A Parody by Dan & Jeff

Playing to sold out audiences all over the world, the Olivier Award nominated POTTED POTTER The Unauthorised Harry Experience – A Parody by Dan and Jeff takes on the ultimate challenge of condensing all seven Harry Potter books (and a real life game of Quidditch) into seventy hilarious minutes. 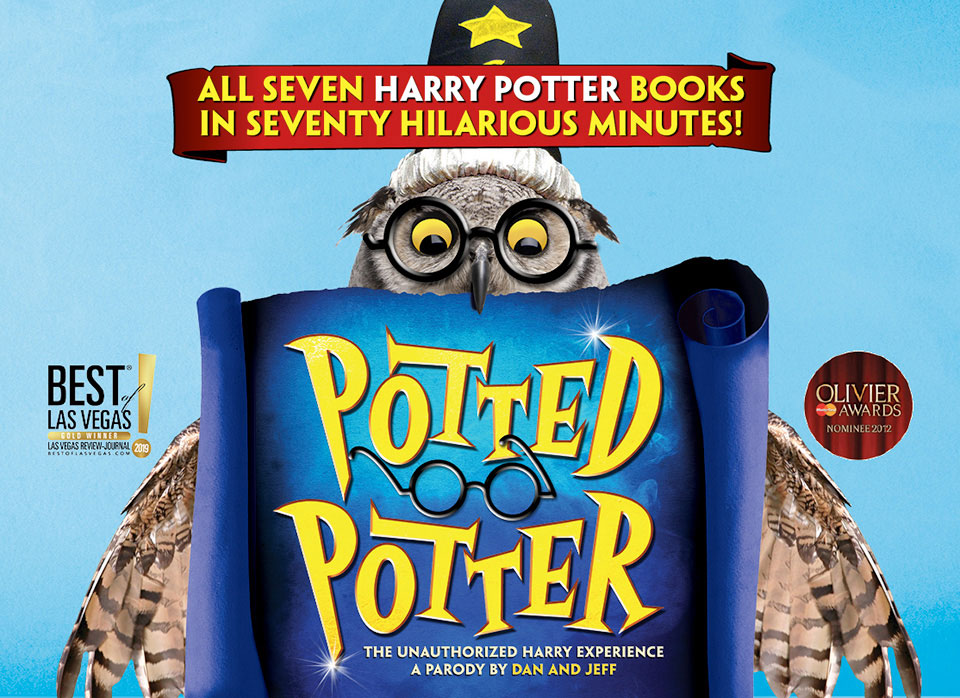 Even if you don’t know the difference between a horcrux and a Hufflepuff, POTTED POTTER will make you roar with laughter.

"The duo casts the perfect spell over the audience." The New York Times – Critics’ Pick

★★★★ “Inventive, daft fun for all the family. A winner in every way!” The Guardian

“A stupendously silly night out.” Time Out Sydney

“Combining all seven Harry Potter books into 70 minutes and keeping an audience in stitches for the entire time!” Daily Mercury