It’s Joe the Magician from RTÉjr! And he’s bringing his spectacular children’s comedy magic and illusion show to the Town Hall Theatre Galway for one spectacular afternoon of mind boggling fun! 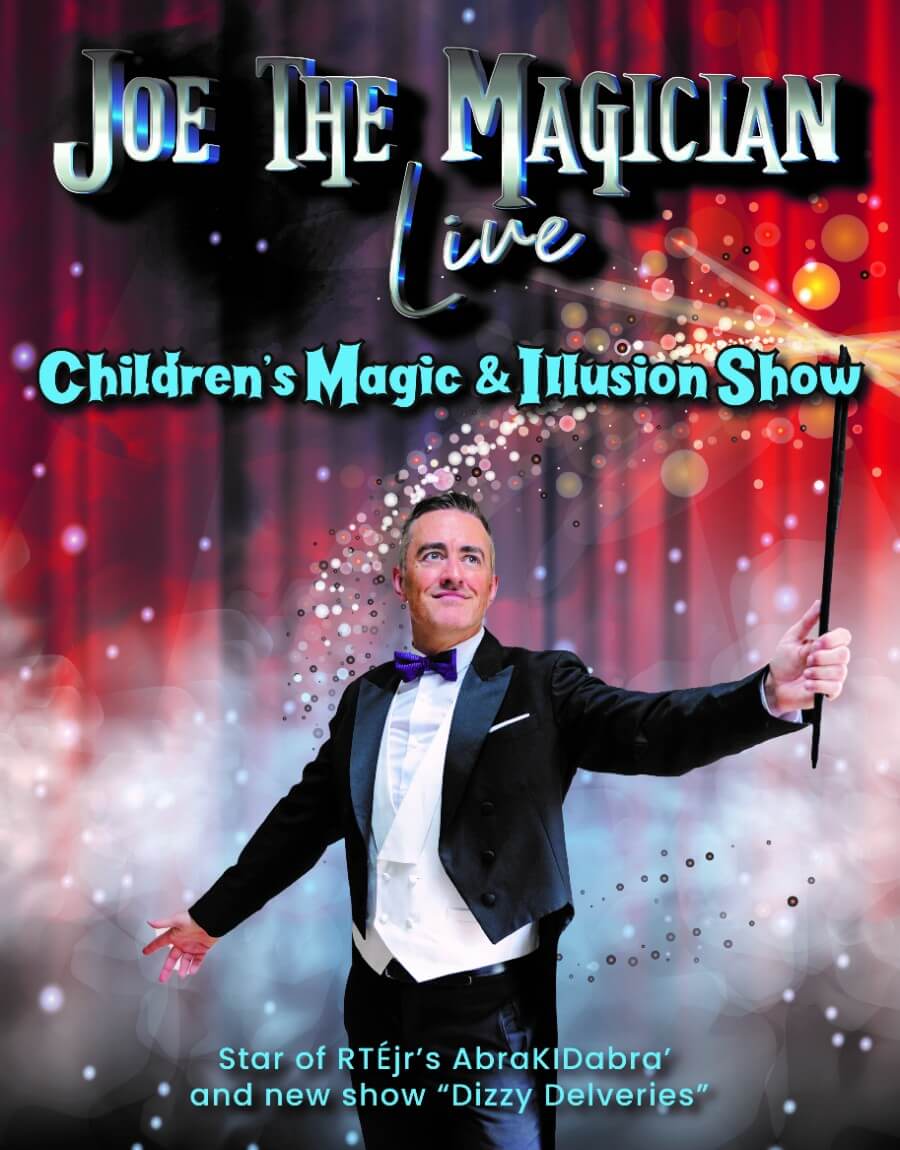 Tables will fly, a friendly ghost will magically fly into the audience and charm kids and grownups alike! Joe will even make it snow live on stage! That’s just for starters!

Joe’s hugely popular TV show ‘abraKIDabra’ as been one of the most watched shows on RTÉjr and on the RTÉ player.

A brilliant afternoon of magical fun! Suitable for ages 4 and up.